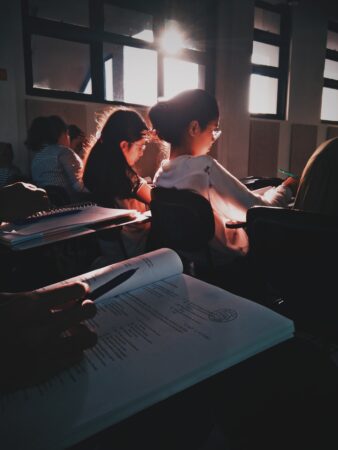 Autism Spectrum Disorder (ASD) often concurrently presents with other psychiatric disorders and medical conditions (this is referred to as comorbidity). Although estimations vary, 10% of children and young adults with ASD are estimated to present with at least one medical condition such as seizures, gastrointestinal issues, and auditory disorders and related infections (Kohane, 2012). Studies have also supported high rates of comorbidity with mental health conditions (e.g., ADHD/ADD, Intellectual Disabilities, Anxiety Disorders, and Obsessive Compulsive Disorders) (Croen, 2015). It is important to identify co-occurring conditions because targeted, multidisciplinary treatment interventions can offer the most benefits. We will discuss ASD and other medical and psychological conditions among children, teens, and adults.

Seizure disorders are estimated to occur in as high as one out of three individuals with ASD (Tye et al., 2019). Different types of seizures (e.g., partial, complex partial) have been correlated with ASD but with varying prevalence estimations. Notably, specific genetic disorders (e.g., Angelman Syndrome) associated with epilepsy occur at higher rates among individuals with ASD as well. Although associated with one another, scientific evidence does not support a directional link between epilepsy and Autism (Tye et al., 2019.) Symptoms of epilepsy to be aware of include changes in cognition, unexplained staring, involuntary motor changes, and headaches (Autism Speaks, 2017).

Some research has estimated the prevalence rate of ADHD with ASD to be between 30 to 50% (Leitner, 2014). It can be difficult to fully differentiate ADHD symptoms from ASD, and this usually requires a trained psychologist and standardized testing in both areas to identify co-occurrence. When compared to just a single diagnosis of ADHD or ASD, both ASD and ADHD have been associated with greater impairments in functioning (social, physical, emotional) (Leitner, 2014). Signs and symptoms of both ASD and ADHD may include greater difficulties with activities of daily living, aggression, self-injury, and difficulties concentrating even when not interacting socially.

It can be difficult to assess Anxiety and Depressive Disorders among individuals with Autism due to verbal communication deficits and a lack of identification of internal states. Therefore, an accurate mood and anxiety disorder assessment should include measures consistent with the individual’s intellectual and verbal/nonverbal communication abilities. Parents or caretakers should also be involved in the assessment of symptoms, with the client’s granted permission if they/she/he is an adult, when possible.

Autism Spectrum Disorder is a complex neurodevelopmental condition that can present with additional medical (seizures, GI disorders) and psychological conditions (ADHD, Anxiety, Depression). Although ASD is a lifelong condition, when diagnosed and treated, symptoms and impairments in functioning can improve. For more information on Autism Spectrum Disorder, please visit: https://www.autismspeaks.org/what-autism